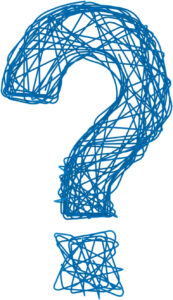 From astronomer Nicholas Copernicus’ discovery in 1514 that the sun—not the Earth—is at the center of the solar system, to NASA scientist James Hansen’s 1988 testimony before Congress that human-induced climate change is happening, scientists are well versed on the challenges of communicating with people whose attitudes deviate from their findings.

But the COVID-19 pandemic abruptly and dramatically upped the ante. As quickly as scientists gained and disseminated knowledge about protective measures, such as mask-wearing and social distancing, pockets of the American public seemed just as quick to reject their guidance.

Eroding trust in science (or government or media, for that matter) is not a new headline. But as health officials work to implement a massive vaccination rollout and policymakers contend with the fallout of a global health crisis, rebuilding confidence in science seems more critical than ever. Where do we start?

We posed this question to Nancy McCreary Waters, associate professor of biology, who also serves as the faculty health profession adviser through the College’s Health Professions Advising Program. This program provides guidance and resources to students considering a medical-related career.

Science, good science, doesn’t set out to prove anything— it disproves things.

Waters says a major obstacle is the lack of understanding of what science actually is. There is a general perception that scientists work to prove something. However, Waters says a scientist’s job is actually the opposite.

“Science, good science, doesn’t set out to prove anything— it disproves things,” Waters says. “The scientific method is deductive. A scientist sets out simply to build knowledge, crafting a hypothesis and then testing it; apply a stimulus and observe the response. In doing this, we either falsify that hypothesis or lend support to it. And then we do it again, always seeking to disprove and rule out what isn’t valid. It is incrementally proving things false.

“If findings consistently support the hypothesis, we don’t claim it is proven, we claim it is well supported. Ultimately those pieces of knowledge may blend to form a unifying theory. And that might prevail until we learn more and disprove it. But being open to rejecting or refining our knowledge? That is our job as scientists. If we proved things to be true, we would be mathematicians.”

The problem is many people believe science should provide definitive answers—and when it can’t deliver, there’s a breakdown in trust.

“If you asked, for example, if a vaccine will be 100 percent effective and 100 percent safe, a scientist can’t answer ‘yes,’” Waters explains. “The public wants the scientist to be 100 percent certain. The reasoning and methods we use can make us sound like we
don’t know what we are talking about. That invites skepticism.”

Another factor, says Waters, is that science admits when it’s wrong. Proving things wrong—even if it’s your own research—is part of the scientific method. But if the public doesn’t understand that, it can’t respect admissions of mistakes.

“We can only have confidence in science if we have confidence
in the scientist, and owning up when things are wrong is where science and ethics intersect.”

Lafayette’s biology faculty are actively tackling these issues in their classrooms by training students—tomorrow’s scientists—to explain their work in accessible ways that hopefully build bridges.

“Earlier in my career as a teacher of science, when we considered how we communicate, the focus was on writing for other scientists,” Waters says. “Your writing was geared toward scholarly publication. Of course, we still need to do that, and our students still need to learn that kind of writing. But we scientists also have an obligation to communicate effectively with the public. That has become increasingly evident as our human impact on the world becomes more complex.”

Waters has her students do a writing exercise, in which they have to explain a scientific concept like predator-prey limit cycles to a 12-year-old sibling. Elaine Reynolds, professor of biology and neuroscience, has students create a website to communicate information with the general public; Laurie Caslake, professor of biology and department head, has students craft educational public-service campaigns.

Waters acknowledges that communication efforts tackle only one part of the problem: lack of knowledge. If a person lacks knowledge—about the effectiveness of a mask, safety of a vaccine, causes of climate change—then the scientist can share knowledge to fill that gap. Issue resolved.

Where things become more complicated is if there are differing attitudes or opposing beliefs at work.

“An ‘attitude problem’ would be, ‘this health measure doesn’t apply to me,’ ‘the risk isn’t important to me,’” Waters says. “That’s a harder nut to crack: Can you shift an attitude?”

Waters says you can, if you can develop enough of a compelling argument. This can often be successful via one-on-one conversations between a patient and trusted physician.

“The hardest nut to crack is someone who just doesn’t believe in science,” she says. “In that case, it’s not about providing knowledge or shifting an attitude. If you don’t respect science, that’s the hardest to combat. I don’t think my job is to tell someone what to believe. I see my job as helping them see that there are many beliefs that are possible. And a belief in science can coexist with other beliefs.”

While 2020 showcased our country’s divisiveness on a number of issues, including trust in science, Waters maintains a positive outlook for the future.

“I do not think that people are as entrenched in opposing sides as it sometimes seems,” she says. “There are gradients. We sometimes take the simple gut reaction, not the nuanced view, and it precludes meaningful conversations. I think most of us are interested in living together reasonably and rationally. I have great hope about this, I really do.”